About us About ADAC Heliservice GmbH

For fifty years ADAC Luftfahrt Technik (ALT) has been specialising in helicopter and components service and maintenance. Founded as “Air Lloyd” in 1963, ALT moved to new premises at Bonn-Hangelar aerodrome in 1970. In the early sixties, the company’s profile changed from it formerly mainly being an agrarian aviation company to ADAC Luftrettung’s partner. To begin with, ADAC Luftrettung took a share in the company in the early nineties to then completely take over the aviation engineering operation in1996.

Ever since 1996, the company has been continuously expanding and, meanwhile, has more than tripled its turnover. To date, ALT’ maintenance premises have approx.130 employees. ALT, with the Hangelar parent company and branches at Landshut and Halle-Oppin, provides nationwide service. International customers also increasingly trust in ALT’s specialist know-how and reliability. ALT’s pronounced goals are high quality helicopter service at stable or decreasing DMC’s and doing the utmost to keep customer’s helicopters ready-to-operate.

Highly qualified and motivated employees, around 30 of whom are certified to approve according to Part 66, B1 and B2, ensure that ADAC Luftfahrt Technik’s customers can always safely take their helicopters up into the air. 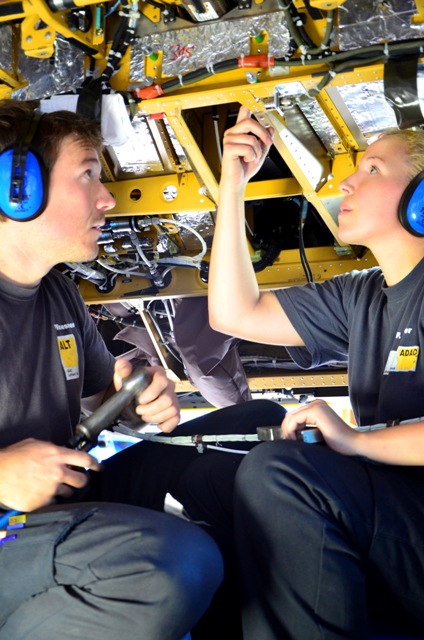 For some time now our company has been a 100% subsidiary of the ADAC Luftrettung gGmbH. In the course of this change of associate an alteration of the name will be carried out:

As it is a mere change in the name, our persons of contact for you, telephone numbers, tax ID etc. remain unchanged. Likewise the contracts and agreements concluded under the preceding name hold true unaltered.

Furthermore the address known to you is untouched by the change of name.
We kindly ask you to use the corporate name in our business correspondence as of now and to adapt your database as well. Please also note our
new business email addresses: first name.surname@heliservice.adac.de.

For email dispatch of invoices kindly use the following email address in future only: e-rechnung@heliservice.adac.de.

In this context, we would like to thank you for the trust you have placed in us and look forward to continued good cooperation.